DNP (Dai Nippon Printing), one of world’s largest printing companies, is appearing in Milan Design Week (MDW) for the first time in the company’s long history of more than 140 years.

From its beginnings, DNP has continued to grow by adapting an ever-broadening scope of business domains to engage people with new value.

Today, DNP strives to provide value that resonates with human emotions and meets people’s expectations in keeping with the growing presence of AI and the rising emphasis on designs that deeply penetrate people’s minds and hearts.

At MDW, DNP and its creative partners are presenting new value propositions created with advanced technologies that exceed the traditional boundaries of printing.

Under the concept Patterns as Time, DNP is showcasing how it inspires creativity and turns imagination into reality by leveraging its expertise in technology-supported design. The exhibit is a collaborative effort between ambitious creative partners and the company’s innovative design team. The overarching concept is based on DNP’s long-standing ambition to contribute to society by leveraging diverse information and printing formats that communicate both traditional and contemporary values.

DNP satisfies diverse needs around the globe by developing design products for all-new value creation. This first-ever participation in MDW is DNP’s declaration of commitment to endlessly pursue innovative design. 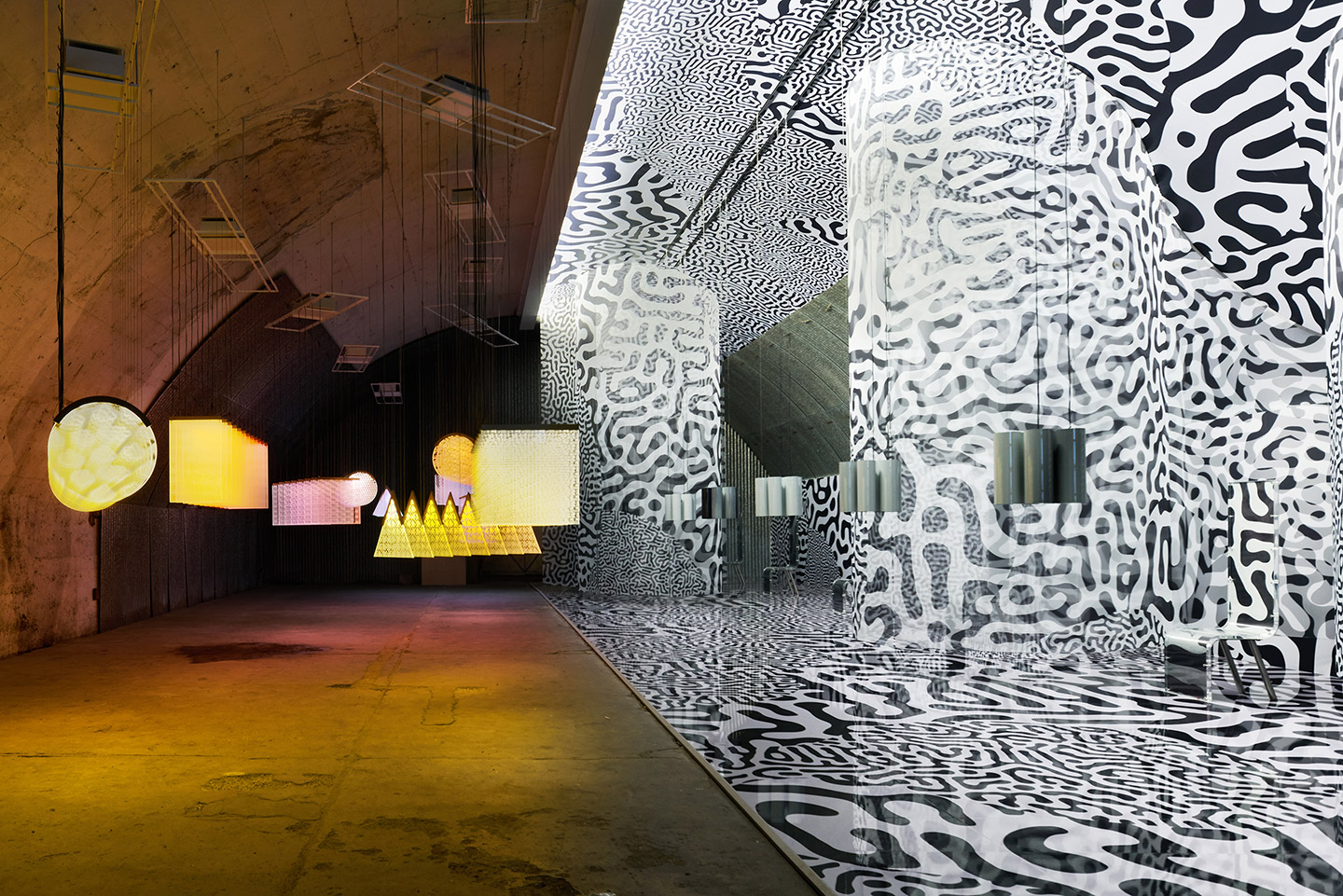 There is a great inheritance, such as natural
resources and human’s culture that should be passed
on future.

Some of them might be lost if it is left as it is.
DNP is working on preserving large amount of
information of vanishing natural resources (stones
and wood etc…)and cultural inheritance which is
recorded on a gradual deteriorating material as data.

This exhibition reveals “Edo-Komon” -
traditional patterns that reflect people’s ideas -and
“MiDCiD” - Contemporary Japanese Patterns and
Colors that is reconstruction of traditional Japanese
pattern / colours - by printing them onto the space
based on timeline.

Our thoughts are passing on traditional ideas
and historic concept to next generations through design that is connecting past and present with information.

In nature, an infinite number of patterns exists.

Each pattern is an expression of manifold evolution that occurred in unique environments.

For instance, the stripe pattern on zebras is an evolutionary adaptation that help camouflage shapes of each body then confuse predators. Patterns can be generated time and time again to serve multiple functions in various scales.

In the ocean, many living creatures still exist with primitive morphology. It is common for a number of them to change colors and patterns on their bodies, as easy as they breath, sometimes for pursuing a mate, other times for protect themselves. As such, nature spins a web of diverse relationships in forms of "pattern", which surpass time and scale.

The exhibited work by noiz enlivens the unique quality as flexibility, programmability, and non-luminescence texture of the electronic paper. The work enriches the special quality of a wide array of patterns appears in nature.

The Zebra Chair, which features the Turing Pattern, emerges out of the patterns then sometime melts into the background.
Similarly, the Jellyfish Stool, also built using the electronic paper, changes colors gradually as if a group of sea creatures is slowly breathing.

The realm of nature is full of patterns, one could say that all biological activities are some sort of patterns.

noiz was established in Tokyo as a partnership between Keisuke Toyoda and Jia-Shuan Tsai in 2007. Taipei office was set up in 2009. Added Sakai Kosuke as a partner from 2016. Actively utilize computational methods and work internationally in a wide range of genres such as architectural design, interior and installation.

We are actively developing education, research and consulting activities on design, fabrication and system implementation of the latest digital technology.